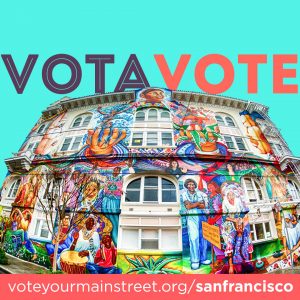 Sometimes your greatest supporters are all around you. The Women’s Building’s Win the Windows campaign shows how to connect with the people who love you but don’t really know you or how to support you.

The Women’s Building (TWB) was the first women-owned community center in the United States. It is one of the most photographed buildings in San Francisco because of Maestrapeace – the magnificent women-painted mural that covers two whole sides of the building. On any given day, you’ll see tour busses filled with tourists snapping pictures, but most of them don’t realize that every year, TWB connects 25,000 women and their families to social services, community involvement opportunities, the arts, wellness and educational events. In the fall of 2018, TWB brought LightBox Collaborative on board to help them win a grant of $150,000 to replace their 108-year-old windows.

I live less than a mile away from the Building. Not only is it a gorgeous neighborhood artistic marvel, but the work that goes on inside harkens back to San Francisco’s radical grassroots. And though I have hosted and attended events at the Building and knew that it was especially important to the increasingly displaced Mission District’s Latinx community, I mostly loved and admired the Women’s Building from afar. When the TWB team reached out to LightBox Collaborative about the possibility of working with them on this campaign, I jumped at the chance to work with the all-women leadership team and staff and become more intimately familiar with their work.

As with every engagement, we began our work with The Women’s Building by listening deeply. The first thing we learned is that TWB Staff is a pragmatic bunch. They just wanted to win the money to update their old windows that were not energy efficient, soundproof or safe. “LightBox was interested in setting goals that could help us long term,” said the staff. “At first, we were very uninterested because we just wanted to focus on winning the contest but we understand where this was coming from and I think we ended up with many takeaways.”

TWB’s measured approach was heightened by the extreme limitations of the contest, and the fact that they have no full-time communications staff. The budget was tight and we only had a couple of weeks to plan the entire campaign and produce an aggressive list of creative assets including a video, banners, posters, stickers, postcards, etc. But because we believe in TWB’s critical mission of empowering women and their families and supporting this historic building that represents the best of what San Francisco is about, we assembled a passionate team (Senior Partner Amanda Cooper, myself, and the incredibly talented designer Eliza Wee) and got to work.

One of the most refreshing things about this campaign was that it had a clear measure of success – a rare sight in social change communications work where the goal posts are always shifting and visionaries with big ideals often find it challenging to come up with tangible objectives. To the contrary, this campaign had a concrete SMART goal: gather 150,000 votes in 30 days. Clear SMART Goals are a communications strategist’s dream, but they also need to ladder up to a bigger “why.”

In that moment, the “why” was all around us, as the contest was sandwiched between two historic moments for women. In September, the Kavanaugh hearings made plain, yet again, that those in power regularly disregard the violence and discrimination waged on women. And in November, a historic number of women, especially women of color, were running for office across the country in the midterm election. The campaign provided TWB an opportunity to connect to a critical cultural moment and expand awareness about their advocacy work and the continued necessity for women to have safe, empowering places in their communities.

The Women’s Building could have hired a click farm to create a digital-only campaign for them, but then they’d miss cashing in on their real currency – the personal contact people have with the building – neighbors like me, nonprofit tenants past and present, artists, activists, local businesses, etc. If TWB made it about just generating clicks online, they would have missed the opportunity to connect with their community in meaningful, personal ways, and give the people who love the building a way to support it that didn’t require giving money.

As we developed TWB’s GAME Plan, we encouraged the team to think about the contest as a way to fortify the deep connections they already had and forge new ones with a younger audience that would appreciate TBW’s radical history as well as the work they do daily to empower women and gender non-conforming people and their families daily. While our primary short-term focus was maximizing the number of votes for TWB during the contest, the secondary, longer-term benefits of our campaign included increasing rental business and engaging new donors.

And it worked! Not only did we come in second place overall, winning the major $150,000 grant plus another $10,000 bonus challenge, we raised the building’s profile, created new relationships, and deepened existing ones. Or as the TWB team said it: “This competition gave us momentary spotlight, which is always great. I think this project brought in new supporters that are potentially from a different demographic. Aside from exposure, I think we were given credibility because we were seen in a completely new light and nationally. On this same note, for those who have continuously donated, supported us for many years it instills a sense of pride which is always positive.”

At a stressful political time, this campaign provided a fun, creative way for TWB to connect with new and longtime supporters in person and digitally. We hosted unique events tailored to specific audiences such as a coloring table and story time at the Mission Community Farmers Market, a yoga class, and a behind-the-scenes tour of the Building. In addition to the steady stream of real-world events, earned media, social media engagement (in which they attracted hundreds of new followers), and email reminders, the campaign gave TWB the opportunity to set up a texting system, something they’d wanted to do for a while to reach younger audiences and the recipients of their services, many of whom rely on their cell phones for all of their communication. Over the four weeks of the campaign, TWB gathered 150 text subscribers and the list has been steadily growing ever since.

Another win was the confidence the campaign built in the client’s own team and ability: “Lightbox always reiterated that we knew our organization more than they did or anyone else and we appreciate their acknowledgment of this. We were able to critique, learn, suggest, and work with them so comfortably because of their openness and sincerity. This campaign gave us confidence that we could do other campaigns.”

In the end, we won the grant, but just as importantly, we had fun in the process and were reminded of the breathtaking things a small group of passionate women can achieve together. “We loved working with fun, creative women who we can wrestle with and there are no hard feelings,” said TWB. “LightBox whipped in and out with minimal fuss and we won the campaign and actually had fun in all the hard work. It was so pleasant to work with Anna, Amanda, and Eliza. We felt like they were one of us and that we were truly a whole team.” 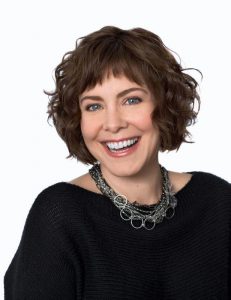 LightBox Collaborator Anna Ghosh’s daughter can still be heard chanting “Vote for Women! Vote for the Women’s Building!” on a regular basis.