A few of us at LightBox have been talking about how hard it is to feel joyful around the 4th of July this year. So instead, we plan to celebrate a different day this month: July 9th. 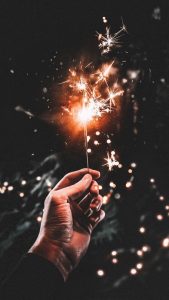 According to Abdi Soltani, Executive Director of ACLU Northern California, “It was the fight by Black people to secure citizenship rights after overcoming slavery that paved the way for the 14th Amendment and its assurance of ‘equal protection under the law.’ The 14th Amendment overturned the Dred Scott decision, which had held that free Blacks were not citizens. Brown v. Board of Education relied on the 14th Amendment. So did Loving v. Virginia. And countless other rights we have today.”

He continues: “The clause ‘equal protection under the law’ has been used by people of all races, faiths, genders, and sexual orientations to advance fairness and human dignity. As an Iranian-American born in this country, it is what enables me to be here in this country as a citizen. And I have people like Frederick Douglass, Lucretia Mott, Harriet Tubman, and Congressman John Bingham to thank for that.”

The 14th Amendment made it clear that equal protection under the law and due process for all persons, citizen and non-citizen alike, meant everyone. LightBox is proud to help the ACLU of Northern California launch a campaign ­— #Powerthe14th — that will highlight Northern California leaders continuing the fight for equal protection and due process. In these troubled times, it’s been inspiring to learn about leaders like Dorsey Nunn, Tirien Steinbach and Amy Cordalis. When you read their profiles, I think you’ll be inspired too. 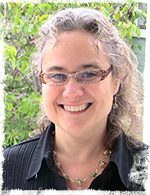 Isobel White wants to know your ideas to #Powerthe14th.