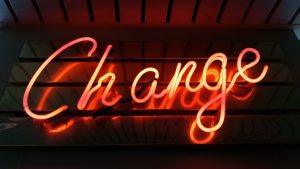 Early in our work with both foundations, it became clear that the term “equity” is a cipher with many different meanings that can mean little if used without specificity.

Both foundations rigorously described what equity looked like to them, as directly and plainly as possible. Through deep internal discussions, Meyer Foundation landed on a focus on racial equity. Committed to moving beyond status quo conversations about economics and class, Meyer wanted to push themselves and others to talk about race and its role in shaping inequity. This strategy built around advancing racial equity was the best approach for its work in the nation’s capital – a region wrought with inequitable development and displacement of Black communities.

Weingart Foundation decided to focus its efforts on economic equity and prosperity for all Southern Californians. This messaging provides them with flexibility to address the variety of obstacles that block Southern Californians from living safe, healthy lives with the full rights and dignity they deserve. For the past several months, they have invested in rapid response efforts on protecting undocumented immigrants who are the backbone of the region’s economy and culture.

Walk the walk, then talk the talk.

When it comes to equity, organizations must both walk the walk and talk the talk. When foundations share their successes and those of their grantees, it inspires others to act. But to be truly effective in uprooting systemic injustice, foundations must have a plan, backed by specific investments and commitments – and then share it.

Since its founding in 1951, the Weingart Foundation has served Southern California’s underserved, the majority of whom are people of color and immigrants. Although they were diligently investing in marginalized communities in Southern California, they didn’t spend a lot of time or resources talking about their success because – like many philanthropies and nonprofits – they were uncomfortable with the notion of self-promotion. The foundation is lauded for walking the walk – but without talking the talk, Weingart was missing out on opportunities to claim its successes and inspire others to advance equity in the region.

As they developed their Full Commitment to Equity, Weingart had made the decision to filter all policy and programming through an equity lens and invest in upstream solutions. We helped them with the plan to reach those goals by honing in on their target audiences and outlining messages and clear calls to action for each audience. Ultimately we helped them craft a communications strategy to inspire peers to join them in centering equity.

LightBox also worked with the Meyer Foundation to create practical and actionable messages to communicate the foundation’s new strategy and stance on racial equity, including support on announcement of their first round of grantmaking under the new strategy. These tools position the foundation to leverage the opportunity their new strategy provides to encourage their grantees and partners to take deep, meaningful action toward racial equity in their own organizations and communities.

That’s the advice we often give to push our clients out of their comfort zones and into new levels of thinking and communication. Leaders of both foundations are champions for change – unafraid to have potentially uncomfortable conversations to move into the future they envision. Having those difficult conversations requires a level of humility and transparency that both foundations have embraced. They don’t claim to have all the answers and don’t shy away from taking a hard look at themselves. This honest introspection and willingness to initiate courageous conversations empowers staff and board members to be messengers who clearly communicate the foundation’s commitment to advancing equity while continually asking hard questions in pursuit of their vision.

LightBox Collaborative urged both foundations to take the same bold approach to their public-facing communication that they took in making these clear internal commitments. It’s one thing to make a commitment to racial and economic equity, but it’s another to shout that commitment from the rooftops for all to hear – and hold you accountable to. Becoming an advocate for equity – as uncomfortable as it may be for both the champion and the audience – is well worth the meaningful change it will bring. 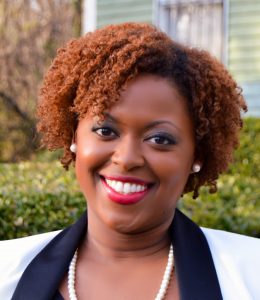