April Fools Day has come and gone. But we couldn’t let the occasion get too far away from us without recognizing that beautiful trouble and joyous revolt have always played a critical role in social change. Just think of your favorite signs from the Women’s March and you’ll see it still holds true.

Which is why today we’re advocating for DULL communications tactics! Let me explain.

The first thing any effective communications plan must have are SMART goals that are:

In honor of the April Fool’s Day just passed, we’re challenging you to achieve your SMART goals through DULL tactics; that is, tactics that are Deliberate, Unique, Lit and Loud.

Deliberate. Being deliberate doesn’t just mean being careful to ensure that our best intentions don’t backfire like a bad April Fools’ prank. It means that our tactics should exert direct pressure on our targets, and that the message is clear, actionable, and reaches the right audience at the right time for the right reasons. An excellent example of this is the congressional town halls that turned out thousands of concerned voters of all political stripes just before the health care vote. Constituents showed up, spoke their minds and were highly visible to their elected officials and the press.

Unique. Science has proven that the human brain is wired to be attracted to novelty. When something new piques our interest, dopamine is released in our brains, making us feel good. So not only is coming up with crazy one-of-a-kind tactics fun for us, it makes our campaigns more effective. A great example of this is the ALS Ice Bucket Challenge. No matter how you feel about the campaign, it was successful in raising dollars and awareness for a disease not many Americans knew about before. As James Surowiecki writing for the New Yorker concludes, “The problem isn’t that the Ice Bucket Challenge was a charity fad. It’s that it was a charity fad that no one has figured out how to duplicate.”

Lit. No one wants to come to a party that’s not exciting. Think of the things that people enjoy doing together – dancing, eating and drinking, making art, listening to or playing music – and build fun into your campaign. Barbara Ehrenreich, in Dancing in the Streets, reminds us that the best social change tactics incite “collective effervescence,” the ritually induced passion that cements social bonds. A favorite recent example was the Party at Pence’s, in which LGBTQ activists threw a dance party in the streets of the Vice President’s new home, literally bringing the movement to his doorstep, and signaling that his staunch anti-LGBTQ stance will be met by a resistance that knows how to have fun.

Loud. By loud we don’t just mean decibels. We mean bold and impossible to ignore. This political climate is the right time to take an audacious stand for what we believe, which in turn fuels others with the courage to be bold.

A favorite recent example comes from SPIN Academy Advisory Board member Karen Topakian who was one of the brave climbers who hung the “RESIST” banner behind the White House shortly after inauguration day. Karen has a long history of being arrested for demanding social change (a new film documents her illustrious arrest record!).

She is so committed to the fight that even her fear of heights didn’t stop her from scaling a 270-foot construction crane behind the White House. “I put my fears aside to fight for justice and what I believe in. I thought about people who were afraid and pushed through their fears to fight for civil rights at lunch counters, to fight for women’s rights, to fight for the environment,” she said. “I choose to resist and to resist the policies and promises of the Trump administration,” said Karen.

Have more examples, tips and ideas you want to share that illustrate really DULL tactics? Leave them in the comments! 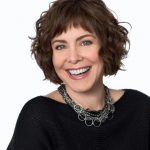