It’s a human instinct: when we hear about something threatening, we want to spread the word. We want to make sure everyone we care about – and everyone they care about – has the information needed to stay safe. It’s a baseline reason to communicate.

I think it’s this instinct that came into play recently with the spread of social media rumors about ICE raids. A few weeks ago, I saw a dozen Facebook posts, and many more tweets, about a supposed raid at the Costco in Richmond, CA. On the same day, other friends mentioned rumors on social about raids in New York City. No one seemed to know where the rumors originated, but they sure did spread fast.

What made this spate of retweets and reposts so confusing and confounding was that raids are absolutely happening, and ICE is absolutely detaining people who were once deemed safe, such as DACA recipients Daniel Ramirez Medina and Dany Vargas. All of this needs to be brought out of the shadows, again and again. In order to resist, we need to know what is really happening.

But in this instance, the rumors that went around about immigration raids at Costco – and this particular day of rumors about New York City – were later found to be completely false. Our instinct to be “better safe than sorry” led to the spread of false information that caused fear.

I knew there had to be a better way to respond to these rumors, so I was thrilled to find this framing from the California Immigrant Youth Justice Alliance: “Fight ICE Raids with Power, Not Panic.”

CIYJA points out that “Rumors about deportation raids can spread quickly online, and that only compounds the panic, depression, and marginalization that many immigrant communities already suffer. You may want to share any possible bad news ASAP in order to warn folks, but even with the best intentions, that can actually do more harm than good.”

The organization offers us 5 important guidelines, with links to further information:

I also recently attended a training on how to be a legal observer during ICE raids. The training, put on by Pangea Legal Services, was part of a mass convening by Bay Resistance. Now I know which numbers to direct folks to if they want to report a raid in Alameda County, San Francisco County, or nationwide. I know that any information coming out from these sources will be verified to the extent possible.

And I’m starting to figure out how I can contribute to keeping my broader community safe, not by spreading rumors but by sharing credible information and reporting what I observe. By bringing what is happening into the light. 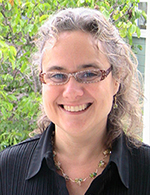 Isobel White is a longtime collaborator for whom our tagline — Holding Good Ideas Up to the Light — has never been more relevant.