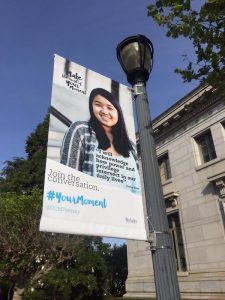 Over the past several weeks, students across the nation have come back to school. And as students have returned to campus at the University of California at Berkeley, they’ve been greeted with messages designed to create a more welcoming environment on campus, thanks to our clients at Cal’s Office of Diversity, Equity and Inclusion.

It started with a 2013 survey that found that 1 in 4 people on campus reported some form of exclusion, intimidation, bullying or isolation. The survey also found that underrepresented minorities feel less comfortable at Berkeley than members of other ethnic groups. Campus leaders knew Cal – consistently ranked the #1 public university in the nation – could do more toward respect, inclusion, access, and equity; and so set to work.

By virtue of their mission as a public university to educate one of the most diverse states in the nation, the University of California simply has to be on the leading edge of inclusion and equity in higher education. To that end, campus leaders at Cal have instituted an innovative model to catalyze change – and a key element of their strategy was to create a more inclusive environment on campus.

Cal leaders also engaged LightBox Collaborative to jump-start a campus-wide conversation to catalyze change toward greater inclusion, which resulted in the Make the Most of Your Moment campaign. The campaign features the stories of various students, faculty and staff sharing how they personally make the most of their small moments to connect with and learn from the many diverse people they meet in the course of their experience at Cal. 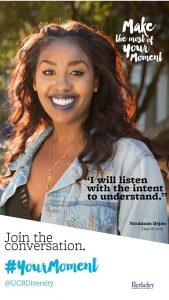 The message focuses on the small, simple moments of connection that can add up to great change. Through outdoor media across campus, social media conversation, and — most importantly – word of mouth, the Make the Most of Your Moment campaign spreading the idea that being an agent of inclusion is as a simple as a moment of open listening and connection.

And perhaps that’s an idea that we’d all benefit from going back to school on? Because just like the students, faculty and staff flocking back to school at Cal, each of us has the opportunity to be an agent of inclusion through small, simple moments.

So how are you making the most of your moment to consider the other person’s point of view? To have a conversation about strongly held beliefs, even if you don’t agree with the other person? To realize that you don’t know the full story of someone’s experience? 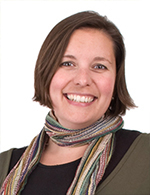 LightBox Collaborative Founding partner Holly Minch makes the most of her moments by adopting a stance of curiosity, asking questions and listening with attention and empathy.