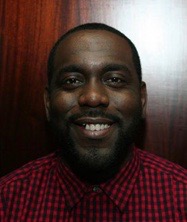 Every year, the SPIN Academy trains emerging activists to use the power of communications for change. Co-Founded eighteen years ago by our own Holly Minch, we love SPIN Academy because we get to share our knowledge and passion with a new cohort of communicators. At last year’s SPIN, Stanley Fritz stood out someone we wanted to keep our eyes on, so we thought we would check back with him a year later.

Stanley Fritz is the Communications Associate at Citizen Action of New York. He is also the political writer/Editor-In-Chief for lyvbh.com, author of “Confessions of a Sucker for Love“ and the Engineer/Co-Host of “Let Your Voice Be Heard! Radio.” Stanley is a busy guy, but he made time to come to the SPIN Academy last summer and he he thinks you should apply!

Why did you apply to SPIN Academy? What were you hoping for?

I was literally looking for the secret elixir to becoming the world’s best communicator. While filling out the application I imagined a training that would transform me into the Green Ranger of messaging, and communications. And yes, sure the Mighty Morphin Power Rangers aren’t actually a real thing. But it would have been pretty badass. I had spent a year at my organization and was still having trouble communicating the issues in a way that didn’t make people’s eyes glaze over.

Did SPIN deliver on that hope? How or how not?

Before SPIN, I was having second thoughts about my ability to do this kind of work. I walked into that first training and felt like I was in a room surrounded by people who understood me–corny jokes and all. So yes, I was able to learn a lot about messaging, including how to think about messaging campaigns and important issues but more than anything, spending a week at SPIN reassured me that I had the tools to be a good communicator while giving me a system that allows me to be the best version of me.

The “GAME Plan” is still the best thing to ever exist outside of Jameson with a splash of ginger ale and a bucket of Hot Wings. I use it for everything. When I returned to my office I taped it to my door, and refused to have any conversations about work unless we went through that process. The GAME Plan was the ultimate game changer!

A year later, what do you still remember from the experience?

I still remember the amazing food! No, but seriously, I still remember the overwhelming support I got from the amazing people there. I made new friends and had new experiences that have impacted me in a very positive way. After SPIN I was able to come back to work confident in my skills, excited about the future and ready to tell engaging stories that didn’t put people to sleep.

Doing communications in the social justice field is stressful. It’s important to be in a space that provides support, understands your crazy, and will give you a hug when you make the mistake of reading the comments section on a political website. When I signed up for SPIN I was hopeful and very frustrated. A year later I’m all smiles and quirky one liners.

What would you say to someone thinking about applying to SPIN Academy?

Hmmmm. Well, probably this; “Hey (Insert Name) If I could go to SPIN Academy every single year, I would do it in the blink of an eye. I met some amazing people, got to wander around in wine country, and learned a lot about myself and the kind of work that I want to do. It was one of my best personal and professional experiences. I can’t guarantee that you will have as much fun or make as many friends as I did, but I know for sure that it will be an experience that you will make you a better communicator, and remind you of why you got into this work in the first place.”

Amanda Cooper can’t wait to meet the amazing folks who will be at this year’s SPIN Academy! Should you be one of them? Probably, so apply here for SPIN 2016.