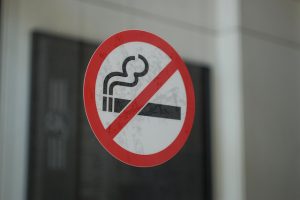 On Sunday morning, I enjoyed a smoke-free brunch with friends. We didn’t choke down second-hand smoke with our waffles and no one even bothered to ask us if we wanted to sit in the smoking section. Because Sunday marked the 25th anniversary of the first comprehensive indoor smoking ban in the United States – including bars and restaurants.

Today, according to the American Nonsmokers’ Rights Foundation, nearly half of all people living in the United States are now protected from secondhand smoke in public places. For those of us who strive to move good ideas forward, unpacking the dynamics behind such a large cultural shift can help make our current and future campaigns a success.

Win #1: Starting in the 1970s, flight attendants began to raise the issue of secondhand smoke as a workplace safety issue and over the next decade, the scientific and medical community began to put compelling data to these claims. In 1986, the Surgeon General published a report that identified secondhand smoke a serious health problem. In a related study that showed flight attendants were exposed to levels of smoke similar to that of a person living with a pack-a-day smoker, the National Academy of Sciences called for a ban on all domestic flights. A year later, Congress passed a bill banning smoking on flights that were two hours or less, which it later expanded to include all domestic flights. In 1989, President H.W. Bush signed the bill into law, enacting the federal ban on smoking for all passenger flights in the United States that remains in effect today.

Win #2: Less than a year later, in June of 1990, San Luis Obispo Councilman Jerry Reiss proposed a city ordinance to ban smoking indoors, including bars and restaurants. Other cities had enacted partial smoking bans, but San Luis Obispo’s plan was the most comprehensive and the first to include bars and restaurants. At first Reiss had planned to exempt bars, but as he told The Los Angeles Times: “…the more I thought about it, the more I realized it made no sense . . . second-hand smoke is a health hazard whether it’s in a restaurant, a store, or a bar.” Although the smoking lobby and some business owners protested, the law passed by a vote of 4-1 and went into effect on August 2, 1990. What began in the Central Coast spread to the whole state of California by 1998; five years later, New York City enacted its ban and today, even in my home state of North Carolina – the heart of tobacco country – the majority of bars and restaurants are smoke-free.

So how did this issue gain enough traction to bring about such a major shift in public attitude – and subsequently, laws? Let’s look at five key components of what led to this success:

Happy campaigning – here’s a smoke-free brunch toast to your issue as the next big win! 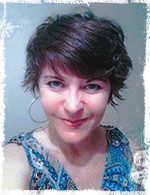 LightBox Collaborator Claudette Silver loves to blend smart communications and popular culture, and with much respect to Gil Scott-Heron, she believes the revolution will be televised.