This April Fool’s Day, we’re reminded that some of the most creative pranks – from invading aliens to spaghetti

trees – sprang from myths people believed in, or wanted to believe in. But once a myth gains legs, how do you help people see through it and embrace the truth? How do you correct misinformation as it spreads?

A quick search of the Internet reveals the top 5 myths about everything from coal to vaccinations to organ donations. (My favorite was put simply: “Portland, Oregon: myth or reality.”) While these lists point out harmful misinformation, they can also reinforce the misconceptions they are trying to refute.

“The Debunking Handbook” is a helpful publication written from the perspective of a cognitive scientist that explores why such tactics can backfire. It’s a quick guide to why “myth-busting” just might backfire for your cause.

People tend to believe ideas that are familiar. If you hear something enough, you begin to trust it, especially if it makes sense. By repeating the misconception, these lists of myths can make the wrong information more familiar, and thus it feels more accurate.

The handbook gives helpful tactics for effectively challenging misinformation, including a process for replacing incorrect ideas with more accurate versions: “When you debunk a myth, you create a gap in the person’s mind. To be effective, your debunking must fill that gap.”

Check out the handbook here. 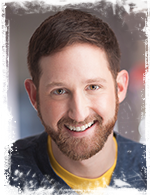 Ryan Schwartz is a LightBox Collaborator who lives and works in the mythical land of Portland, Oregon – and that’s for real.