Two recent videos show how the social change sector is starting to better invest and integrate cultural strategies into their organizing and advocacy. 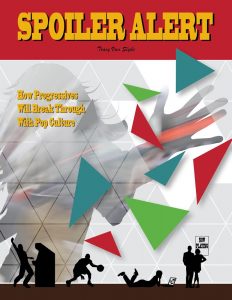 In late February, Make It Work released the hilariously and painfully true video #HowWeDoIt starring Adrienne C. Moore of Orange is the New Black. In just a few short minutes, the story depicted a fictional working mom struggling with bills, being forced to work while sick, and finally, rallying her fellow parents to band together for paid sick days, affordable child care, and yes– the occasional nap.

On March 9, The Campaign to Unload released a video featuring rapper Snoop Dogg and other celebrity musicians and athletes sharing stories of how gun violence has impacted their lives and calling on people to divest their 401k’s from major public gun companies under the banner of #ImUnloading.

Of course, not all organizations can hire popular actresses or rappers. So how can social change movements of all types  strategically connect and engage with culture change at a deeper level?

To answer that question, I wrote Spoiler Alert: How Progressives Will Break Through With Pop Culture.  Books, fashion, movies, TV, magazines, sports, religion, food, hobbies, music, art, and more—individually and together, lowbrow and highbrow—all make up the beautiful and messy thing we call culture. Culture shapes both beliefs and behaviors, and sets the stage for individual transformation and societal change alike.

For too many years, the social sector at large dismissed the merits and impact of cultural strategies.  But from the success of the LGBT movement to the growing integration of #BlackLivesMatter into the cultural zeitgest, it’s clear that dynamic, creative campaign tactics–and long-term cultural strategies– can make or break campaigns and propel long-term transformative social change narratives.

Within Spoiler Alert, I unveil the Culture Change Triad, a model of the major strategic investments that progressives can make into popular culture and creative activism to achieve transformative social change. 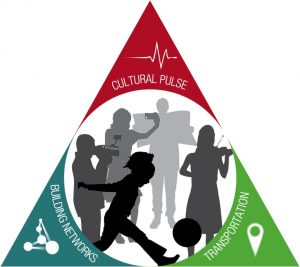 Putting people, not messages, at the center: Ivan Askwith, the former head of digital for Lucas Films and the man behind two blockbuster Kickstarter campaigns, Reading Rainbow and the Veronica Mars movie, advises producers and storytellers to avoid questions like, “How do we get our audiences to listen to us, and How do we get our audiences to appreciate what we do.” Instead, he says, organizations should move to audience-focused questions such as, “What do supporters want and need from us? What do they find most meaningful about our work.” Culture is not about a communications tactic. We must change our thinking from just the messages we want to deliver to prioritizing peoples’ identities and passions to help answer their needs.

Tapping into the Cultural Pulse:  In Spoiler Alert, I interview an advertising agency that tracks cultural trends, a “fanthropologist” who studies who studies YouTube communities, an academic center that tracks storylines on television, and Upwell, a non-profit that research and listened to social media users’ perspectives of ocean issues. To shift political and societal narratives, we have to understand what are those narratives are.  We need to have our fingers on the pulse of how pop culture is portraying our issues, values, and communities–and the corresponding audience response. These insights can help boost campaigns, inform long-term culture change strategies, and improve the tracking of cultural narrative shifts over time.

Choosing a Creative Change Course:  You know the old saying of getting lost in a book? The idea of transporting people into a story is not only proven academically to influence perceptions and beliefs, but transportation is also a metaphor for culture work. To transport both our stories and values, there are two paths to integrate cultural work into a particular organization or movement: Running Errands (Incorporating repeatable, scalable, and diverse cultural tactics into campaigns to win them); or Road Trips (A long-term cultural effort whose end destination is transformative narrative change).

Building Networks/Working Partnerships with Creatives:  Carlton Turner of Alternate Roots says, “The role of artists is to shift your cultural consciousness, for you to become the thing you want to see in the world, versus telling people what they ought to be doing and using an artist to convey that message.”

To develop effective culture products and culture change strategies, progressive leaders, organizers and communications staff need to have working partnerships with creatives, including:

The opportunities to engage with culture change are expanding, and it’s important for organizations and movements to match their cultural strategy with their long-term vision. For some, embedding cultural tactics into a campaign is a clear first step. Others may be ready to embark on a road trip. Another organization may see their role as neither, but as a resource to capture and move stories and inspirations to a variety of artists and storytellers.  No matter how, organizations of all kinds can use the power of pop culture to create victories for social change.

Tracy Van Slyke wrote Spoiler Alert as a fellow of the Opportunity Agenda and is the director of the Culture Lab at Citizen Engagement Lab.