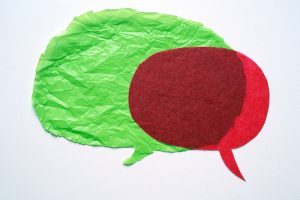 The first thing we tell anyone focused on messaging is to talk about values in order to find common ground. The first question we then get back is: how do we find common ground when our values seem so different? New social science research is shedding some light on that question.

According to social psychologist Jonathan Haidt in his book The Righteous Mind, the question we should be asking is not whose values, but rather which values. In his research, Haidt suggests that we all share six fundamental morals—developed through our evolutionary history—through which we judge if something is right or wrong. It is not that people from opposite sides of the political spectrum have different sets of values, it is that they place more weight on some values than others and rationalize how different policies connect to the values they prioritize.

What are these six values Haidt suggests are engrained in our reasoning from day one? A few are values that progressives are pretty good at talking about: fairness (in terms of playing by the rules and not cheating); care for others and not causing harm; and liberty or being free from oppression.

The other three values, says Haidt, are prioritized more often by conservatives, though progressives use them in moral reasoning too: loyalty to one’s community; respect for authority; and preserving the sanctity of what we find pure.

Haidt seems to suggest that these moral foundations are roughly equal in importance, and that conservatives may have a leg up on moral reasoning by using more of the tools in the moral foundations toolkit than do progressives. We argue that this conclusion can only be reached by ignoring historical imbalances of power that affect how we relate to our community, systems of authority, and societal norms about what is pure. Those conclusions aside, Haidt is teaching us something useful: we all share a common starting point of moral reasoning, and we often have more in common with our political opponents than we assume.

At LightBox Collaborative, we’ve been able to put Haidt’s ideas into action as part of our work with the Breakthrough Conversations project initiated by the Evelyn and Walter Haas, Jr. Fund. The project created a model for changing the way people think about gay and lesbian equality through conversations between friends and family. What we found is that compared to having arguments or debates about rights, it was easier for people to focus on common ground, see that they share similar values, and talk honestly and openly about their own experiences. And not only was it easier—it worked better. The process of having these conversations resulted in decreased prejudice and increased support for policies that are good for people in the lesbian, gay, bisexual, and transgender community and their families. Just as important to us, the conversations usually resulted in greater well-being and stronger relationships.

If we accept that there are some common, pre-wired feelings we all have about how to judge what is right and wrong, then our job as communicators is to frame our messaging in ways that connect the dots between those core feelings and the policies, programs, and approaches we are advocating for. And to be successful in our social change efforts, we have to go beyond the go-to values of fairness and care that progressives are so comfortable with. By naming the other values in our shared moral toolkit, Haidt gives us the roadmap through which to do so.

When asked about an example of progressive campaigns that have exemplified his work, Haidt pointed to recent victories for marriage equality in Minnesota and Maine.  Those victories have been credited to new messaging that highlights the recognition we all want for our relationships and families. By moving beyond a conversation about equal rights and the fairness of benefits, this messaging taps into the other values in our moral toolkit: loyalty (we’re betraying our family members by excluding them from our community); authority (parents and clergy were used as messengers); and sanctity (marriage is a meaningful commitment that all couples should be able to make). Harnessing the power of all six moral foundations led to the victories that focusing on only two had not historically achieved.

The marriage equality example shows that authority, loyalty, and sanctity don’t have to be associated with maintaining the status quo, and that tapping into those values is possible without creating mushy, middle-of-the-road messages. But in the progressive culture of activism, social justice, and critical thinking, such approaches do not come naturally.

To spark your brainstorming around expanding the values in your messaging, we’ve given some thought to the moral frameworks that Haidt suggests are under-utilized by progressives.

How can you expand your messaging (and messengers) to tap into the full range of morality Haidt suggests we all share? Tell us what you think: do we have more in common with our political opponents than we assume?

To see how you prioritize each of these values, take Haidt’s online moral quiz at www.yourmorals.org.

Cynthia Scheiderer, Ryan Schwartz, Claudette Silver are LightBox collaborators who believe we all share a common starting point of moral reasoning, and we often have more in common with our political opponents than we assume.