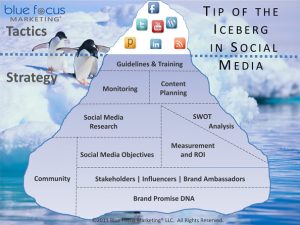 These days, everyone is a communicator. After all, how hard is it to send a tweet, post to a blog, or even shoot and upload a video?

Many people in charge of foundation and nonprofit communications have taken advantage of this trend by encouraging others in their organizations to develop and share content through online social networks.

Indeed, as they increasingly see that their messaging can be amplified by many voices, both on staff and off, one can imagine foundations asking: Do we still need professional communicators on staff? Why can’t we all just say what we have to say? In a world of decentralized distribution of news and ideas, do we even need a communications department?

That last question obscures a fundamental fact. A successful foundation communication program isn’t simply the sum of its tactics, regardless of whether those tactics involve “old media” like sending out press releases or more contemporary activities such as blogging, tweeting, or posting to Facebook.

What matters most is the strategy that unites these otherwise disparate elements so that the right message is delivered to the right audience through the right channel with a clear goal in mind.

That may be why the roles and responsibilities of communications staff members are actually deepening instead of fading away. And that’ll continue to be the case as digital communications evolve and the competition for the attention of policy makers, community leaders, and others grows more fierce.

The changes under way in how grantmakers get their messages out can be seen in Foundation Communications Today, a report from the Communications Network that analyzes the findings from a survey of a hundred and fifty-five communication staff members at foundations across the country.

Almost half the communicators polled for the report said the leaders of their foundations had taken steps to ensure that communications strategy was incorporated into grantmaking, advocacy, and other work undertaken to advance the foundation’s mission.

Why are foundations making communications a key element of their work? Because most foundations are in the business of advancing the public good, and the changes they seek to foster require demonstrating, sharing, and, in many cases, encouraging both public and private-sector investment in new solutions to challenging problems.

To convince foundation leaders to make communications integral to their organizations’ work, communications staff recognize they have an internal selling job to do. Yet, as our survey shows, they are succeeding in their efforts to make other parts of the organization see both the benefits of integrating communications into their work and sharing responsibility for its implementation. As one respondent told us: “We have endeavored to be a much more well-integrated organization. Complete integration will take time, but our program officers think about communications at the start of the grant process rather than at the end of it.” Another said: “As we are doing more and more advocacy, it seems communications is taking on a greater importance and our board has allowed our budget to reflect this, despite having much less money since the market collapse.”

Let’s be honest: we have a ways to go. Many of the communicators we surveyed said that efforts to better integrate communications into everything their foundation does is happening slowly, and a small but significant share said communications strategy is barely considered in decisions about advancing the mission and that it tends to be addressed at the end of a big project rather than throughout. And then there was this response: “Program staff seem to be making decisions without thought to the importance of properly messaging our work. Initiatives are designed without any communications goals — or input asked for — and later the communications department is asked to cobble something together.”

Still, our communications brethren are making progress, and the survey provides valuable insights into specific ways communications departments are successfully working with and supporting the efforts of their program colleagues to advance their organizations’ missions.

Asked to choose from a list of possible activities in which they might participate, for example, providing support for program-related events — which could mean anything from organizing a discussion of experts to arranging a movie screening showcasing a grantee’s work — was identified as the most common form of support, with some 79 percent of respondents saying they regularly do this. And more than two-thirds of communication staff members say they advise/work with their program colleagues to develop content for Web sites.

Many foundation communicators also play a critical role in helping bring the important work their organizations do to the attention of key audiences. For instance, close to half of those polled said that influencing public policy-makers was a high priority, followed by community leaders and grantees.

The survey also shows how the work of foundation communications is changing. Almost half the respondents said they work for organizations that have blogs, while three-quarters (!) said their organizations host videos on their Web sites. Survey respondents also estimated that, on average, a quarter of their communications dollars in 2011 would be spent on electronic communications, more than on any other “channel,” although printed annual reports and other print publications still consume a sizeable share of the communications budget. At the same time, increased capacity for new media and related digital work was cited as a high internal priority by 60 percent of survey participants, more than any other response.

In short, the findings suggest to us that a foundation communicator these days must be adept at orchestrating a variety of communications tactics, from traditional media outreach to tweeting and blogging, if he or she hopes to reach key stakeholders in immediate and thoughtfully focused ways.

It’s also quite clear that every good-sized foundation needs at least one professional communicator on staff. Simply put, the jobs we do are central to ensuring that a foundation’s message is heard and actually makes a difference.

Bruce Trachtenberg is executive director of the Communications Network, an organization of people who work for or on behalf of the nation’s grantmakers, and Michael Hamill Remaley is vice president of communications and public policy, Philanthropy New York.