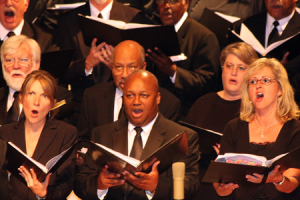 The re-emergence of Newt Gingrich takes me back to his earlier heyday in 1994. That’s when he took out his Contract On America. (OK, he called it the Contract With America, but “on” is so much more accurate in so many ways.) While it largely failed to make policy changes, it did usher in the nasty, unproductive partisanship that continues to plague our nation. And now Newt is bringing it back to try again. But I digress.

Back then, I was working for the Sierra Club, which was particularly concerned about Gingrich’s policy proposals because it would have gutted a wide array of laws and regulations that protect clean air and water, wilderness, wildlife, and human health. It also provided new subsidies for logging national forests and exempted Big Oil from various environmental laws. In the eyes of the Sierra Club, the Contract On America amounted to a War on the Environment.

In fact, we had an enewsletter titled as such – which we called “the Daily WOE.” One of my responsibilities was to help publish the Daily WOE informing the media and activists of the emerging details of why the Contract really would be disastrous for the environment. We were telling activists they had to act immediately to organize and write their Congressional representatives or all would be lost. Those familiar with grassroots mobilization recognize it’s threats to the things people care about that tend to motivate the action needed to protect them. While it’s important to create urgency for our issues, in hindsight I think we can all agree that serving as the daily harbinger of woe for our constituents is perhaps not the best position for an organization’s brand….

Further, while the communications department was busy saying the sky was falling, the development department was appealing for funding with a message of hope—that our organization was busy saving the beautiful flora and charismatic megafauna of the world. Those familiar with grassroots fundraising are well aware that people tend to give to solutions, not to problems.

Yes, people are unlikely to contribute to something they perceive to be hopeless. Still, they need to understand the problem they can help solve—with their dollars or their activism. And both contributors and activists will be more motivated if they feel they can make a difference in fixing the problem. In my story from the Sierra Club, while each department was using a smart communications approach for our specific goals, we were, in effect, contradicting and cancelling out each other’s messages to our key supports.

Of course the last thing you want is for your organization to be caught talking out of both sides of its mouth. Get your departments talking to each other to align your messages for all your audiences, then tailor that general message to appeal to each specific target. Keeping an up-to-date editorial calendar is a great way facilitate and promote this coordination. Check out the latest version Lightbox Collaborative has prepared to help you align your organization’s voice.

Holly Minch is LightBox Collaborative’s chief engineer and founder and is happy to no longer focus on her daily woes.