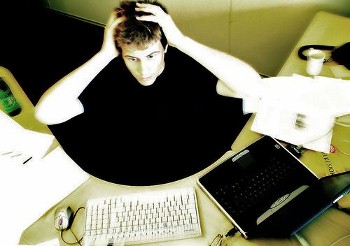 There’s no doubt that social media can trip us up. Who hasn’t been too quick to hit “send” only to later wish to take back that email, tweet, or Facebook post?

In 2009, Beth Kanter profiled the American Red Cross’ development of a social media strategy and its resulting handbook. Beth wrote:

“The American Red Cross initiated its social media strategy after Hurricane Katrina. The organization knew there were negative blog posts about its disaster relief efforts, but had no capacity to respond, let alone track.”

The American Red Cross has come a long way. In the spirit of transparency and sharing, it has made its short and sweet Online Communications Guidelines and Social Media Handbook available online.

The organization’s approach is to use common sense guidelines, not command-and-control policies and procedures. The list of “dos and don’ts” contains only one “don’t”: don’t reveal confidential information.

What’s striking is that these guidelines aren’t specific to social media. They are wise, common sense principles for all areas of our professional lives.

As we at the LightBox Collaborative work with nonprofit organizations and foundations on social media guidelines and strategies, we first ask to see any existing statement of values or code of conduct. Through our process, the organization often realizes that its existing guidelines are already as applicable to social media as any other communication, needing only minor additions and tweaks to cover social media situations.

Once organizations realize professional behavior will serve them well in social media, they can take a more positive, empowered approach — rather than one that is fear-based and tightly controlled. During research on social media and foundations I co-authored, many foundation communicators reported that once their organizations got started with social media, the fears about negative comments and loss of control never materialized.

As the American Red Cross demonstrated, common sense, humor, and transparency go a long way in social media. So does a healthy dose of preparation. Being thoughtful about strategy frees up our time and energy to be smart and creative with social media.

Cynthia Scheiderer is a LightBox Collaborator with a flair for asking the right questions – and discovering answers that work.