LightBox Collaborative is hosting a series of skills-building workshops at CompassPoint to shed light on communications topics for nonprofits throughout the Bay Area. Our next session, Social Media and More: Communications for Engagement (also the subject of this post) on February 17 is sold out, but CompassPoint is considering adding another session so sign up for CompassPoint’s mailing list to get their class announcements. 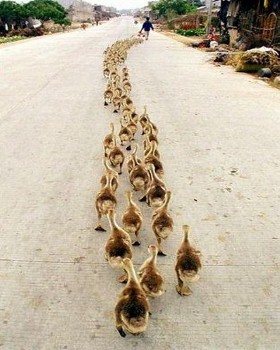 One of the tough questions facing anyone preparing a social media strategy is: How do I identify the social media influencers in my issue area?

Influencers get their special shine by being particularly smart about a subject, by being early and enthusiastic adopters of social media, or by investing the time to build a strong and loyal network of followers. What makes influencers, well, influential, is likely a combination of all of those qualities.

People listen to influencers—followers rely on them as a trusted filter, helping them decide who else is worth listening to and what ideas are worth exploring. By connecting with social media influencers, you can tap into their filter, and perhaps even convince them to share your content with their vast networks.

But, back to the question: How do you identify these social media influencers? LightBox Collaborative has created a simple four-step process to find them.

To identify social media influencers, first ask yourself: Who are the most important thinkers in my field? Which organizations have the most clout? Who were the keynote speakers at the last big conference I went to? (The fascinating ones, not the folks that put you to sleep!) Notice that you’re not thinking about social media yet, just trying to come up with a list of 10 to 20 people and institutions that have juice in your issue area.

Once you have the list, check for them on Twitter, Facebook, LinkedIn, Foursquare, or whichever channels you’ve determined will work best for the social media part of your communications strategy. Follow, friend, or like whoever has captured the attention of a crowd with the meaningful things they say on social media.

Write up and email your findings from Step 1 to your colleagues, asking them to perform the same brainstorming exercise to unearth influencers in their own social media networks. Incorporate their findings with yours and share the full list back with everyone.

Reach out to your extended network and ask for their advice. Who are their “must follow” social media influencers? Who do they think is interesting, witty, or simply worth your time?

Since you’ve begun to develop your own social media networks, ask them as well. Networks such as Twitter have an ethos that respects asking for advice and recommending other “tweeps.” You may be surprised at how many in your network respond.

On Twitter, be sure to mark your queries with appropriate #hashtags (keywords that categorize messages and facilitate searches on a particular topic), which can help you get responses from people who don’t follow you (yet!).

Also, check out tweets with the hashtag #FF, which stands for “Follow Friday.” These tweets recommend interesting people worth following—like these recent Follow Friday nonprofit tweets.

There are a number of tools available to help you identify new social media contacts and understand how influential they are. Most are geared towards Twitter, but understanding who has influence on Twitter can be a useful proxy for influence on other social networks.

If you follow these four steps, you’ll be well on your way to building a social media network that includes the most influential voices in your field. Remember that building your network is an ongoing and iterative process. It will take time to do it well.

The payoff for all of this effort lies in building authentic connections with important voices in your field, facilitated by social media. By sharing interesting content with your network, you build your own influence, and may even become a trusted filter yourself. That’s the promise of social media.
. . .

Holly Minch is LightBox Collaborative’s chief engineer and founder. She hopes to see you at a future CompassPoint workshop.