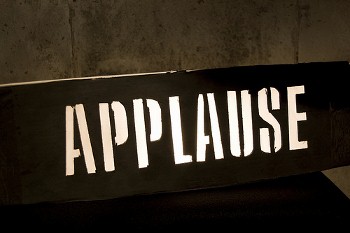 With the holidays fast approaching, we recently got to thinking: how do holidays start? What has worked before? A pagan ritual, a president’s birthday, a revolutionary war. But, what you really want is: a) something worth celebrating, and b) the gumption to declare a special day to celebrate it. Luckily, at LightBox Collaborative, we have both.

(That’s the third Thursday in November, for those of you eager to save the date for next year). Think of it as a special giving of thanks before the more general Thanksgiving one week later. If you want to get technical about it though, you’ll need an act of Congress to get a new long weekend out of it.

Who would argue with the idea that nonprofit executive directors deserve our thanks? Being an executive director is an extremely difficult job, requiring a broad range of professional skills, from leadership ability to financial acumen, and a strategic mind to marketing chops. Let’s not forget interpersonal skills like facilitation and mediation, plus a way with communications.

The job involves considerable sacrifices too, often involving long hours for low pay—usually far lower than what the same people could earn in the private sector. However, money is not the motivation. Our nonprofit executive directors have dedicated their career to a cause. They advocate for a healthier environment, provide services to those in need, fight for social and economic justice—simply put, they do good. For these reasons and many more, we at LightBox Collaborative believe nonprofit executive directors deserve their own day to be celebrated.

Now, without that act of Congress I mentioned, we can’t give all our executive director friends the day off, nor can we promise cash prizes (but, we already know that they’re not in it for the money, right?).

What we can offer in recognition of all of their hard work is the opportunity to be heard.

The two previous Daring to Lead surveys, published in 2001 (PDF) and 2006 (PDF), produced a wealth of data about the state of the nonprofit field and the roles executive directors play. This year’s survey promises to project that knowledge into a new decade, and provide an opportunity for appreciating all of the hard work that nonprofit executive directors do.

If you are an ED: first, thank you!

Second, why not take a few minutes to fill out the Daring to Lead survey and tell us about the challenges you face and what you need to be more successful? The deadline to participate is Friday, November 19.

If you’re not an ED, please take a moment to send a note of thanks to your favorite executive director and let them know how much you appreciate their work (and while you’re at it, send them a link to the survey).

Let us know how you will celebrate National Nonprofit Executive Director Appreciation Day on November 18!

Holly Minch is LightBox Collaborative’s chief engineer and founder. She hopes to see you at her November 15 CompassPoint workshop on “Branding is Bonding.”